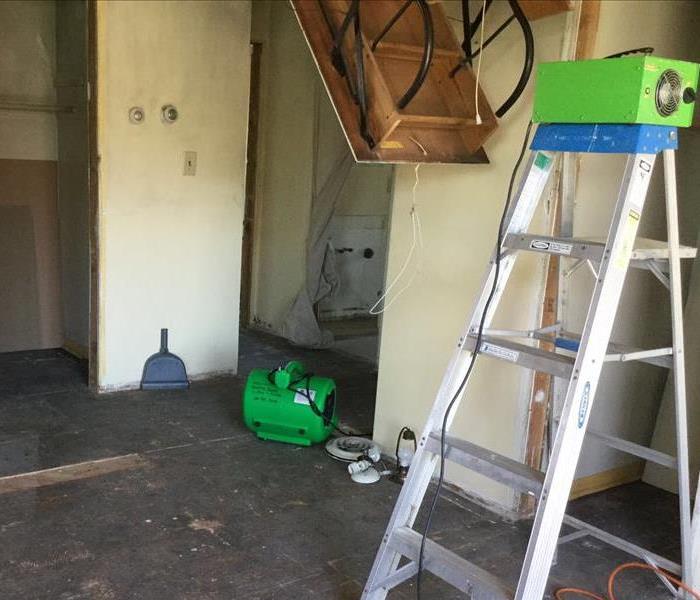 An ozone generator is being used to deodorize a home after a fire. Ozone is heavier than air so the generator is set on a ladder for maximum results.

We use Ozone generators after many fire damages to neutralize odors in homes, businesses and in our warehouse on personal property. It is a very effective process and works on most odors and materials. Care must be taken not to expose elastic and certain rubbers to ozone because it can react with them and break them down. Our SERVPRO technicians are trained to determine which deodorization method is best for each project. One of the many benefits to Ozone is that because it causes a chemical reaction, the odor is unlikely to return as long as everything has been thoroughly cleaned.

One of the caveats is that the Ozone generator creates Ozone by removing Oxygen from the environment, which makes it impossible to breathe while it is running. We only use Ozone when structures are unoccupied to avoid problems with this. Once the generator is turned off, the environment will refill with Oxygen as the Ozone reacts with odor molecules making the space safe to inhabit again. Our technicians weigh the pros and cons of each deodorization method to determine which method or combination of methods is most appropriate for each project.