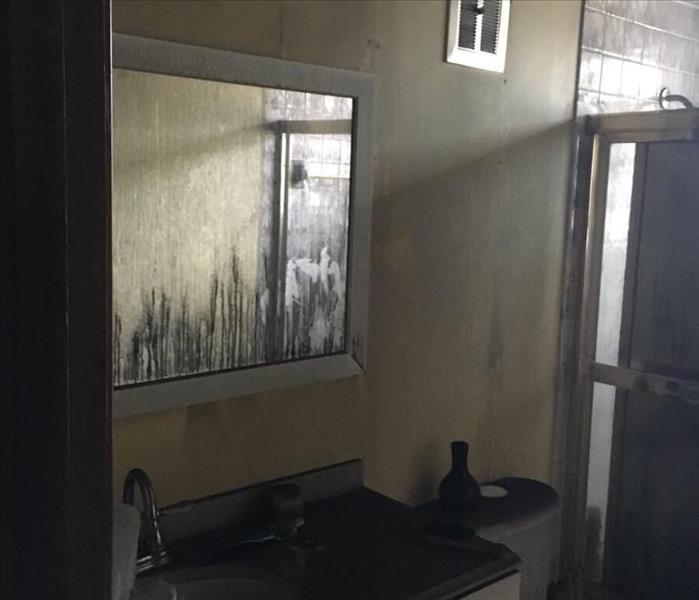 Heavy soot covers this bathroom even though it is one of the furthest rooms from the source.

When a candle tipped over in the basement of this South Holland home the adjacent contents caught on fire. No one was hurt despite how quickly the flames spread throughout the structure. This before photo shows one of the furthest rooms from the source which has a heavy coating of soot. When a fire burns it releases a smoke with particles from the items that it consumed that settle on anything nearby. A thick black coating is evidence that the fire had little access to oxygen while it was burning. The streaks on the glass in the mirror are from the high humidity introduced when the fire fighters used water to put the flames out. While this fire looks bad, our certified technicians were able to clean and restore the homeowner's most precious contents to make it, "Like it never even happened."